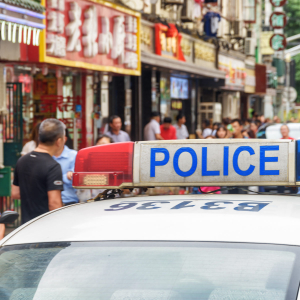 The police in China have carried out another raid on a cryptocurrency project, sealing up offices belonging to the GXChain (GXC) project. Well-Known 2017 Cryptocurrency Project Targeted by Police Tweeting on Wednesday (September 11, 2019), Primitive co-founder Dovey Wan revealed that the Chinese police has taken action against GXChain. BREAKING Another high profile 2017 ICO project GXChain $GXC just got clamped down by the Chinese police 😱😱😱 GXChain was a very hot ICO back inRead MoreThe post Chinese Police Raid Offices of ‘Well Known Crypto Project’ appeared first on Bitcoinist.com.