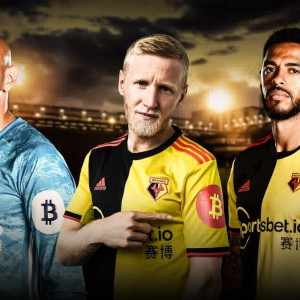 Watford FC, a major English football club that finished 11th in the Premier League in the 2018-19 season, will be featuring the bitcoin logo every week for millions of football fans. Watford FC Chairman and CEO Scott Duxbury stated: Placing the Bitcoin logo on a Premier League shirt is something that challenges the accepted norm. […]The post Bitcoin Logo Scores Premier League Exposure to Millions Globally appeared first on CCN.com