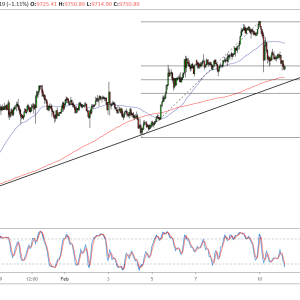 Bitcoin has formed lower highs and higher lows to create a symmetrical triangle on its 4-hour time frame, with price currently testing support. A bounce off this area could take bitcoin back up to the resistance around $11,500. The 100 SMA is above the longer-term 200 SMA to indicate that the path of least resistance […]The post Bitcoin Price Analysis: BTC/USD Approaching Another Triangle Support appeared first on BitcoinerX.