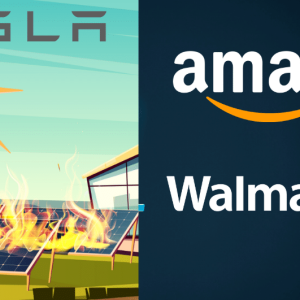 The specter of global warming and climate change has made it a necessity for companies as well as households to make an effort to switch to cleaner sources of energy. Over the past few years, solar energy has emerged as one of the more popular sources of alternative energy and electric car maker Tesla has …The post Amazon Backs Up Walmart and Says That Tesla Solar Panels Caught Fire appeared first on CryptoNewsZ.